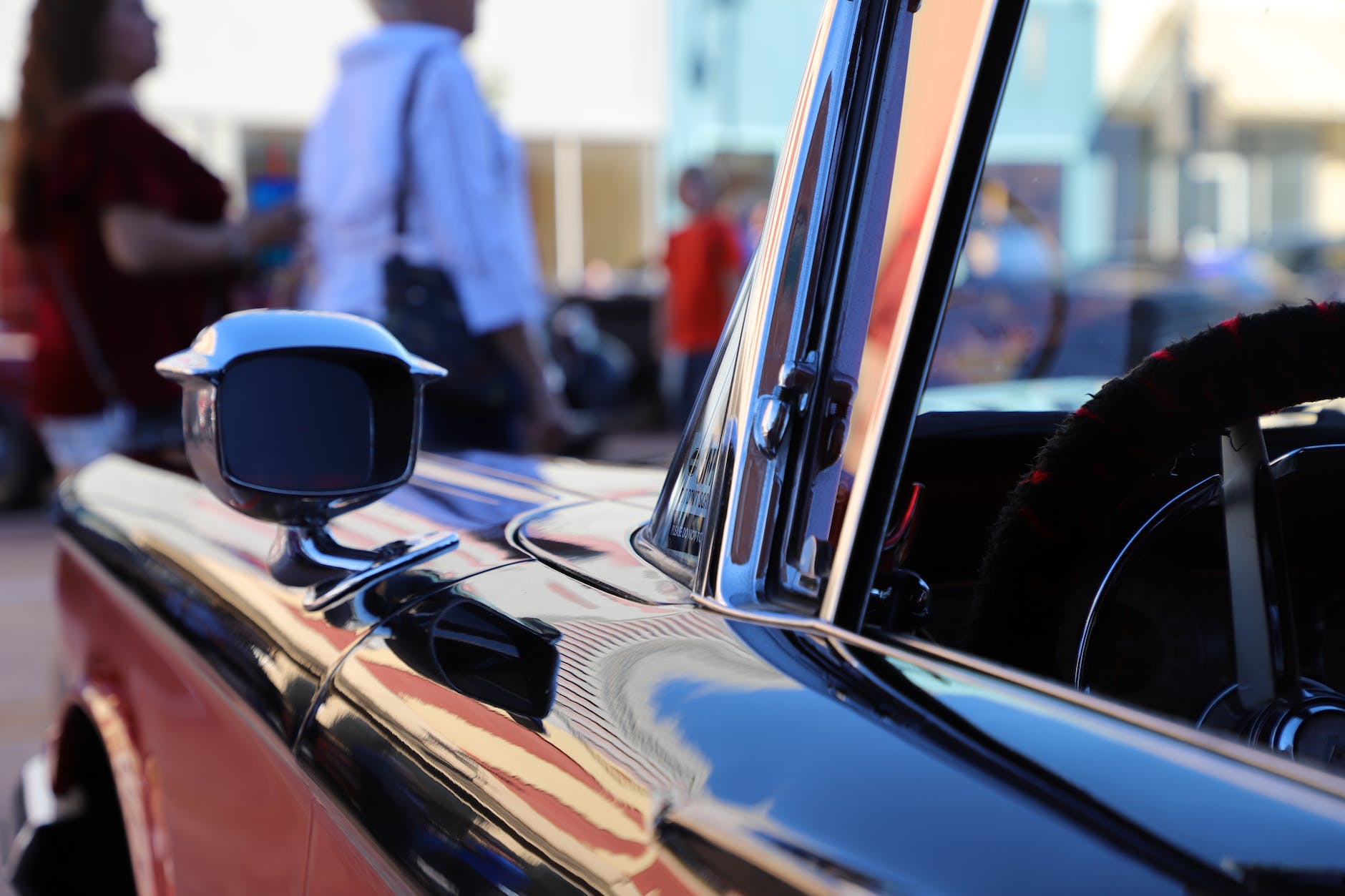 Ford introduced its full-size SUV Expedition in July 1996. This vehicle brings great success and it encourages the leaders of Ford to offer a luxury version. A year later we witnessed the birth of the Lincoln Navigator.  This new success forced Cadillac to react in panic and launch a first Escalade drawn in haste. After two decades, Lincoln believes that he has just found the goose that lays the golden egg – time to capitalize.

It was at the Detroit Auto Show in January 1999 that the Blackwood concept was unveiled, which literally means black wood. If at the front the lines are those of the Navigator, at the rear there is a pick-up box. And not just any box! Its exterior panels are made of wenge wood, or African rosewood, a very dark wood (here we are) and dense.

Durable, it is used in different applications, including sculpture, violin making, and fine cabinet making. The contrast is achieved with thin aluminum lines. At the rear, the classic tailgate is replaced by two small doors with side openings. Once the composite cover with hydraulic control lifted, we are entitled to a trunk (Lincoln does not use the name of the box) luxuriously finished: stainless steel on the sides, thick carpet, storage boxes, neon lighting.

Inside, there is room for 4 (there is also a center console in the back) and the dashboard comes from the Navigator, with the exception of a navigation system. The reception of the public and the press is enthusiastic and Lincoln quickly decides to mass-produce the Blackwood.

It should be noted that the Blackwood concept was sold at auction by Christie's in June 2002.

The production lines and finish of the Blackwood are very close to the concept. Obviously, the wooden panels have disappeared. Instead, we find vinyl sconces imitating wood. The technical basis is that of the Navigator and it is, therefore, a 5.4-liter V8 developing 300 horsepower which is responsible for moving the machine. The transmission is a 4R100 4-speed. The towing capacity is 8,700 pounds. The rear suspension benefits from air springs which greatly improve handling.

Only one version is available: exterior and interior black, 2-wheel drive and 4 seats. On the equipment side, traction control, ABS, adjustable pedals, heated and ventilated seats, and a reversing radar are standard. The only option available is a navigation system (billed $2,000) with a 5-inch screen, installed in the center console, as on the prototype.

Production began in August 2001 for the 2002 vintage. Delays are delayed due to manufacturing problems with the composite back cover and finally begin in October 2001. At that time, Lincoln proudly reports that production will be limited to 10,000 copies per year, in order to maintain the exclusive side of the Blackwood. The advertised price is $52,500.

Even more exclusive are the 50 models specially built for the Neiman Marcus catalog of spring 2001. Each has seats embroidered with the logo of the retail brand, a rear center console covered in leather and including a DVD player with 7-screen thumbs and wireless headphones as well as a refrigerated space. Without forgetting the essential certificate of authenticity. The invoice then goes to 58,800 US dollars

Lincoln did not come out of the woods
Sales figures are disastrous, which leads Lincoln to announce during the model year that production of the Blackwood will be stopped at the end of the vintage.
Some copies will be sold for 2003, notably in Mexico, where the Blackwood has sold a little better. It has never been offered in Canada.
In total, Lincoln will have produced 3,356 copies at its factory in Claycomo, Missouri. There are many reasons for the failure: too high a price, only one color available, competition from the Cadillac Escalade EXT (with a modular rear and the availability of 4-wheel drive) and a practical aspect that is far too limited.
Indeed, if you need to transport heavy loads occasionally, an F-150 Lariat or King Ranch is almost as luxuriously equipped and much more functional and if you want to carry only a few golf bags, a Navigator will do the job perfectly and you have up to 7 seats.
Lincoln learned from its mistakes when it was time to introduce a new luxury pickup truck in 2006. No more strange rear end and unique finish for the Mark LT. However, this will not prevent it from experiencing failure in turn failure, kind of Hangover.

The 50th Year Anniversary of the Production of Toyota Malaysia