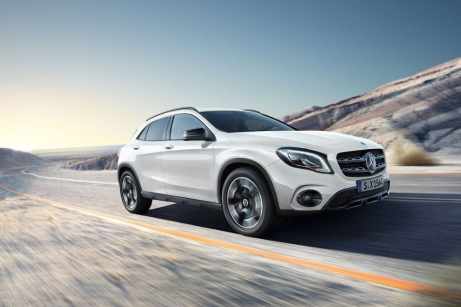 What an excursion since the leaf springs! Current pendant lights offer practically unfathomable degrees of refinement. And Mercedes-Benz created the most recent model – the E-Active Body Control system.

You know, this functionality which permits certain models of the brand to jump so as to break free from an impasse?

The primary function of a suspension is to absorb shocks due to road unevenness. For this, it generally uses a spring (leaf or helical). The damper complements the spring to limit (or dampen) its oscillations. This is the basis. But there are other types of suspensions that use different technologies: torsion bars, pneumatic, hydropneumatic.

The basic principle of ABC is as follows: a hydraulic cylinder is added to each shock-absorbing spring combination. Depending on the movements of the chassis, the computer controls the hydraulic pumps (one per wheel) to send pressurized oil into the cylinder in order to limit the roll (movement of the vehicle around the longitudinal axis), the pitch ( movement of the vehicle around the transverse axis) and pumping (movement from bottom to top). The ABC suspension can also adjust the height of the body depending on the speed.

In 2013, with the launch of the S-Class W222, Mercedes added to the ABC suspension a stereo camera (located in the windshield), capable of reading the road in 3D, thus allowing the computer to anticipate irregularities in adjusting each shock absorber. The system then takes the name of Magic Body Control.

This advance was, in part, made possible by the adoption of a light 48-volt hybridization system that allows the installation of more powerful and more reactive motors/pumps.

The pneumatic bellows take over the functions of the spring by absorbing shock and allowing the height of the body to be adjusted. On the damper side, the pump motor assembly can inject pressurized oil on each side of the piston. Thus, the damper still controls the oscillations of the spring part, but can also raise or lower the piston on demand. Thanks to this, the computer can play on the height of each wheel and therefore minimize the impact of the road. He can, for example, raise the wheel in preparation for a bump or lower it in preparation for a hole. The damper, by becoming active, takes part in the functions of the spring.

In addition to the various damping modes (Comfort, Sport, Off-road for SUVs) already known and the possibility of adjusting the ride height, either to assist access or loading or to improve aerodynamics, Mercedes added quite interesting new functions.

The stereo camera system (Road Surface Scan) is integrated and improves chassis control. As the suspension is fully active, it can counter the effects of centrifugal force when cornering. Instead of tilting in the opposite direction of the turn, like a normal car, the vehicle can tilt up to three degrees in the direction of the turn, like a motorcycle. Winding journeys become more pleasant.

SUVs have two new features. The first is the individual wheel control. With the touch screen, the driver can individually select the height of each wheel. This can be particularly practical in all-terrain when a wheel is driven into a hole or the suspension is compressed to the maximum. Then there is the release mode. If, for example, the SUV is stuck in the sand, the vehicle trim can be raised and lowered several times to increase and alternately reduce the pressure of the wheels on the ground and thus improve traction. The truck literally wiggles to get out of control.

Thanks to the light hybridization systems, capable of delivering more power, we will see more and more active technologies and not only at the level of the suspension. The coming years are likely to be very interesting.

Because of the light hybridization systems, equipped for conveying more force, we will see an ever-increasing number of dynamic advances and not just at the degree of the suspension. The coming years will be more and more exciting.