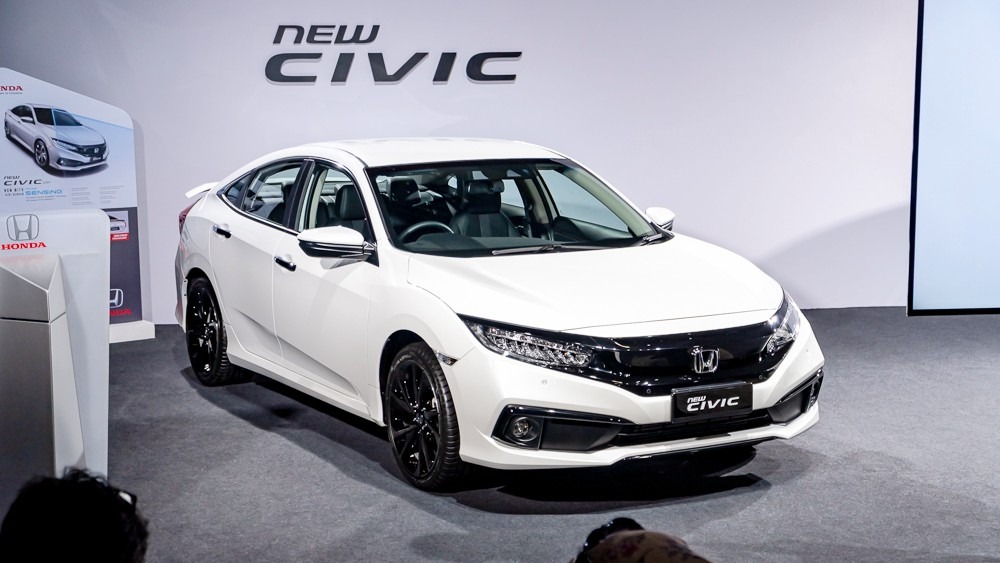 In 1906 Nov.17, Soichiro Honda was born. It is a fact that he has never been a good student in his schooldays. At the age of 15, he left school and found a job as a mechanic. In 1936, he took part in racing but crashed, which was the end of his racing career.

That year, he founded a company that produced rings. Its first customer, Toyota, rejects 47 of its first 50 rings, due to a lack of quality. Rather than get discouraged, Honda learns metallurgy. His rings improve and barely a few years later, he holds 28 patents and employs 2,000 people.

One month after the end of the Second World War, in 1945, Soichiro sold his company to Toyota. Then, in a Tokyo devastated by the bombing, he makes his first motorcycle for his wife. In fact, it is a bicycle with a small two-stroke engine. Then, he makes another one which he resells. Then another. Then … In 1948, Soichiro founded the Honda Motor Company. In the mid-1960s, Honda was one of the largest motorcycle manufacturers in the world. He even appeared in Formula 1 and won the Grand Prix of Mexico on October 24, 1965.

50 years ago, the birth of Honda Canada inc.

On March 11, 1969, Honda Canada was born, selling only motorcycles and small engines for various applications. Previously, independent distributors offered a few motorcycle models and the pretty S600 roadster. Nice but not very popular, like all the other Honda cars which are mainly sold in Japan. The automobile adventure disappoints Honda which is about to throw the towel. However, in the last effort, he reveals a small car, a certain Civic …

That same year, 1972, Honda's first Canadian “zone”, a satellite parent company if you will, was opened in Montreal. The Honda Civic arrives in Canada as a 1973 model. Two versions are available: a hatchback and a coupe that looks a lot like the hatchback, but whose trunk is separate from the passenger compartment. This first Civic is equipped with a 1.2-liter four-cylinder developing 50 horsepower and 59 lb-ft of torque which must move 697 kilos. According to the 1974 Car Guide, 0-96 km / h (0-60 mph) is done in 14.5 seconds. The road handling of the Civic and its high-level finish quickly made it the darling of Canadians. In 1973, 747 were sold from coast to coast. The following year 5,241. Then 20,742 in 1975, then 32,703, then …

In 1975, the Civic was available with an engine that would be a model, the famous CVCC (Compound Vortex Controlled Combustion) so low in the pollution that it does not require a catalytic converter to comply with the most stringent standards of the moment.

This first-generation lasts until 1979. From the following year, it gives way to a new Civic (model year 1980) much more modern and with slightly larger dimensions. Your humble servant owned a 1982 model bought brand new, like 30,285 other people… at a time when interest rates were at 18%.

If we could see several aesthetic links between the Civic of 1979 and the one before, this is absolutely no longer the case with the 1984 model with lines cut with a knife and available in three configurations: hatchback , sedan and family. But let's not forget this pretty coupe that has dreamed of tons of young people, the CRX, still so popular, 35 years later! Sales in Canada are lower than before with 19,519 units in 1984 and 25,831 in 1987.

In September 1987, a new Civic installed its tires at dealerships. In that year, SiR entered the Japanese market for the first time. It was also in 1987 that the first Accord was released from the Alliston, Ontario plant. Inaugurated on November 3, 1986, this plant was the first of a Japanese manufacturer in the country. 1987 was also a turning point for Honda Canada, which offered the Acura brand to a more demanding audience. Note that in 1989, the Japanese Honda Integra XSi was fitted with an engine topped with new technology, the Variable Valve Timing & Lift Electronic Control or, if you prefer, VTEC, which, like the CVCC fifteen years earlier, will school. Canadian sales of the Civic increased from 25,831 in 1987 to 50,320 in 1991, the last year of this fourth generation.

The Civic 1992 appeared in November 1991 and displayed much more rounded lines than before, thus following the general trend of the industry. Two variants are offered, hatchback and sedan … without forgetting the Civic Del Sol, a very beautiful two-seater that replaces the CRX. This generation lasted until 1995 and sales were lower than before, hovering around 35,000 units per year in Canada.

1996. A brand new Civic appears. It is found in sedan, hatchback and coupé livery. This sixth-generation Civic is particularly distinguished by its SiR version. It seems that Honda has struck a chord with its Civic, regardless of the version, since sales are skyrocketing. In 1996, there were 37,648 units in Canada, while 60,407 were sold in 2000, the last year of this generation. The 1997 model year also marks the start of a full-bodied Civic, sold only in Canada, the Acura EL, which has the daunting task of replacing the beloved Integra.

Over time and for generations, the Civic gets bogged down. But it seems that this is what the public wants since the seventh version (2001-2005) is more popular than ever. Having gained volume, the Civic is now considered a compact car by the Americans. Among the innovations, note that this Civic uses a MacPherson suspension and a new 160 horsepower engine for the SiR. We can not ignore the hybrid version from 2003 to 2007. Neither the great advertisements of Martin Matte for the Civic 2004. Matte's contract with Honda will end in 2014.

True to tradition, Honda renews its most popular car after a cycle of around five years. 2006 therefore saw the eighth generation of the Civic. This is the appearance of the two-level dashboard, a configuration that has had its fans … and its detractors! Canadian sales explode and 2008 marks an all-time record, still unmatched, of 72,463 Civics. The Acura EL becomes the CSX… and looks a little less like the Civic! Interestingly, in 2008 Honda Canada began producing four-cylinder engines at a third plant in Alliston.

A misstep, but no bad consequences

In 2012, a new Civic appeared. In fact, Honda plays with caution, as much in terms of aesthetics as safety since a host of systems, previously absent or optional, are found in the 2012 model (anti-lock brakes, electronic stability program, distribution of braking force, etc.). This Civic is far from perfect and the following year, it received several aesthetic changes.

We may not like Japanese products, or Honda quite simply, but we have to admit that this company, by its philosophy, its technical and marketing approach and its will to always innovate, inspires respect. And it all started with failed piston rings! It is not for nothing that Soichiro Honda said that success represents only 1% of the work. The remaining 99% is made up of failures…

We may dislike Japanese items, or Honda essentially. However we need to concede that this organization, by its way of thinking, its specialized and advertising approach and its will to consistently enhance worth respecting. And it all started with failed piston rings! Just as Soichiro Honda, Honda's  success represents just only 1% of the work and the remaining 99% is made up of failures.