The Perodua Myvi, one of the best-selling cars in Malaysia because of its practicality and performance, got a slight update last year, including an appearance update. Myvi comes in 6 different colors – ivory white, glitter silver, mint green, lava red, mystic purple and granite gray. Additionally, buyers can make a choice between two different engines and five interiors -1.3L G MT, 1.3L G AT, 1.3L X AT, 1.5L H AT and 1.5L AV AT. Two of the higher variants were fitted with 1496cc engines, while others were fitted with 1329cc mills.

Spacious interior: Because the Perodua Myvi is regarded as a high-end hatchback for large families, manufacturers have ensured that there is plenty of interior space. The Myvi feels roomier compared to other cars with the same size, and the rear seats in the cabin are as roomy as an entry-level sedan could be expected. Meanwhile, the flexible seat configuration has also proved to be very helpful for storing extra luggage. 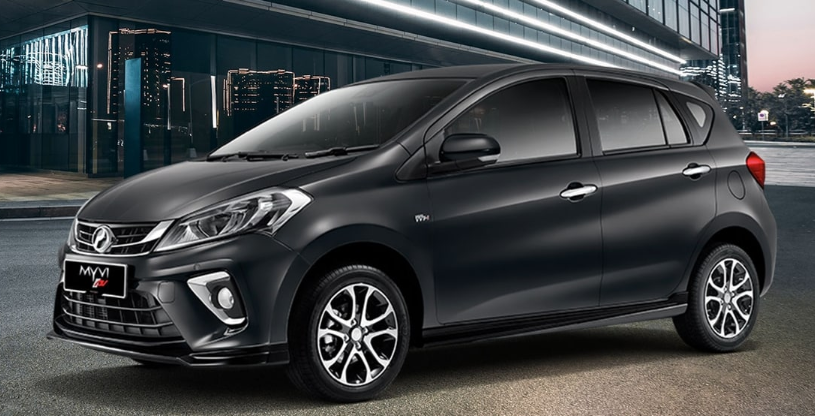 Outdated styling: While the Perodua Myvi is seen as a high-grade hatchback, the overall style of the car is not as expected. The Myvi looks normal against today's high demands set by other cars in the same space, which makes it look both out-dated and uninspired.

Not exciting driving experience: Although the Myvi is powered by a powerful petrol engine, the car's drivability is not as appealing as one might expect. The suspension and steering are too soft to suit people's tastes. Driving Myvi is great fun in urban traffic, but they don't inspire much confidence and excitement afterward, especially for those who love to drive.

The new Dual vvt-i NR series engine is powerful enough for this relatively lightweight environment, but the low-end response may be better. Fuel efficiency is the main goal here – in real-world tests over 400 kilometers, we recorded FC's that were 15 percent higher than the old Myvi 1.5l. The four-speed automatic is only functional – it's not the fastest and smoothest transmission, nor the quietest on a cruise.

The new Myvi is a better drive than its predecessors because it has faster steering, improved body control and stability; But if there's one thing that Proton can do better, it's the 1.5L 15-inch rim (as opposed to the 1.3L 14-inch rim) which is significantly more comfortable to ride, while the Myvi lacks the satisfying damping of Iriz and the new kia Picanto.

Again from the low base of the old one, but not impeccable. Roads (the roar of tires, pebbles hitting metal) and engine nacelle noise can be further optimized. The driving position is lower (better) than before and the seats are less flat. However, there is still no retractable steering adjustment. It is a long way from the (more expensive) Honda Jazz of its own division.

Five stars in the latest ASEAN NCAP crash test tell it all, but not all. We would have appreciated the six airbags (four out of the 1.3l) and the VSC, but Perodua put in the advanced safety assistance (ASA) suite, which includes pre-collision warning, pre-collision braking (low-speed automatic emergency braking), 1.5 forward pre-departure warning and pedal misoperation control. The next generation of cars with automatic surround exposures cost more than twice as much as the Myvi.

During the reboot, the Myvi's signature high roof body was gone, replaced by a significantly larger footprint. There is no more space for people and goods, and although the Myvi will no longer hold your hat, there is still plenty of headroom. There's also a full-size spare with matching rims and a two-step reclined rear seat.

Myvi introduced LED headlights, keyless entry/push start, digital AC panels, four airbags and VSC, ranging from rm44,300, which shocked many experts and competitors. You can purchase the 1.5 Advance in 11k through the above driver assistance technology and the cool integrated smart tag reader. The latter is just one of Myvi's newer features – others include air-conditioning storage and USB charging for seats.